Krunal was visiting Nayee Talim/नई तालीम from dec 12th to 21st and asked me to join for a visit and understand the school model. After the visit to bhasha institute it was one more opportunity to understand how alternate schools are working. The philosophy behind the school has been formulated long ago Gandhi, around 1937 and goes something like: learning by doing and using real world as classroom to understand different subjects. In 2005 the school was reopened in Anand niketan and since then have been trying many things to improve the learning environment and working really hard to keep it relevant in current times.

The school compound itself is really beautiful. 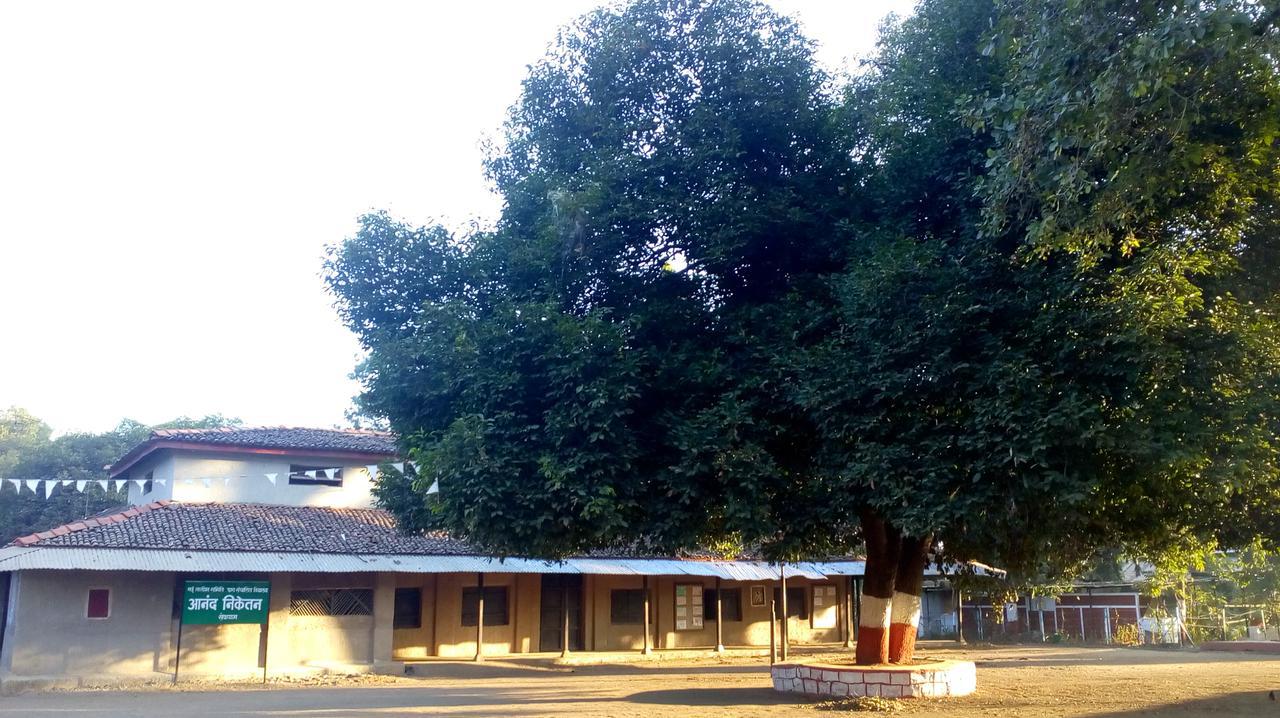 We reached sevagram on 11th and from next day krunal and preeti were facilitating a three day workshop for teachers to explore different ideologies to make the school environment more "children centered". Many models of existing schools from around the world and india were presented, discussed and participants were encouraged to reflect if there was a similar environment in Nayi Taleem and if not what were the reasons behind it, can they be adopted for this school and if yes, how.

In school campus, many methods, activities and tailored curriculum are used to teach science, maths and other subjects. They have farms, art installations, craft and sewing classes. Like in case of farming, each class is allotted a piece of farm and they are responsible for growing, maintaining and selling the produce. 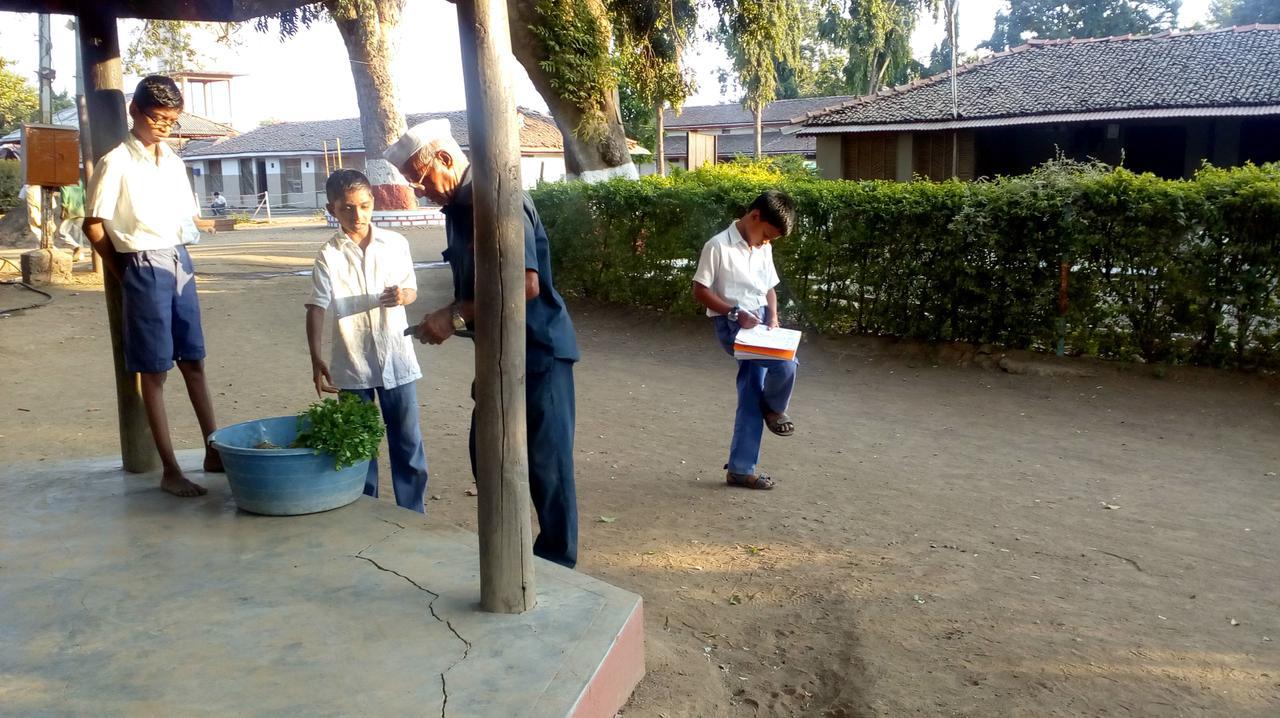 A show and tell session going on, one of the teacher caught a cobra snake/naag in the campus, he showed kids and teachers how it looks, how to identify one and also mentioned how its bite could be lethal, later same teacher released the snake in remote outskirts of village. 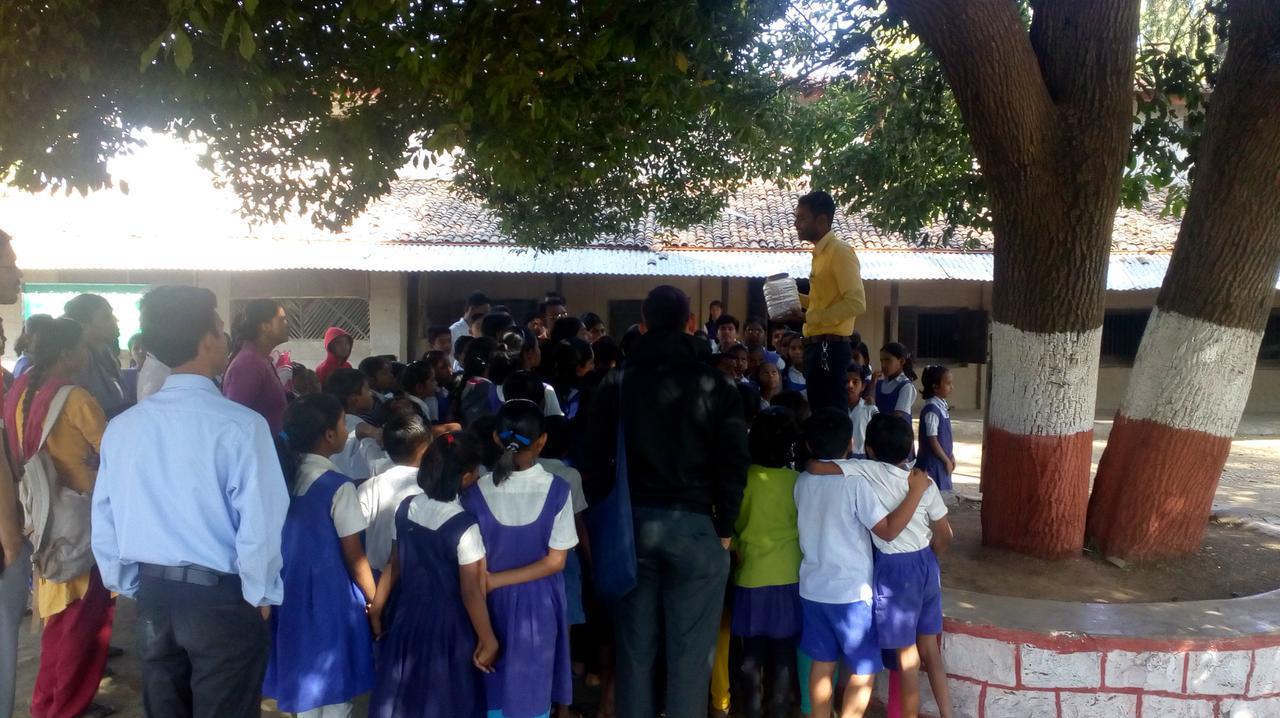 For lunch, classes gets their turn and students along with the teacher prepare lunch for whole school. Basically in krunal's word Gandhi had an idea that kids should be made familiar with the tools and how to use them and that's what the school seemed to be doing.

Despite all this, where they(school-admin, teachers, students) lack is, with current technological developments these tools have changed drastically and many have been rendered obsolete. For computer education they are using standard curriculum which introduces kids with paint, word and other basic computing skills and that too very superficial. Computers, mobiles, "smart" devices are everywhere but without knowing how to use these tools people in locality become mere consumer of things which are getting actively developed somewhere else and might not be meant to used in village's local context and need. I personally think diversity is good, different solutions to problem/challenge brings better insight to the problem and even better solutions.

We were thinking on how to introduce computers with DIY approach so that children can learn these modern tools just like they are learning other tools. While returning krunal mentioned about conducting some engaging and fun session where we explore different themes(games, makers lab kind of setup). I have tried to do this before but one thing I have realized is that the process of making is slow and I don't exactly know how to take sound-bite out of them and conduct sessions around them. Also my knowledge of making itself is limited. I was thinking of doing some gaming session leading to designing a simple game level and then playing it or doing some more engaging sessions using arduino/mobiles. I have exchanged models/references with krunal which can be used(1, 2, 3, 4, 5, 6), I will try to explore more on this and see what can be used or developed for Nayee Taleem.

Personally I am confused and find myself severely incompetent for this particular task. On one side I can totally relate to attempts being made to improve AI, projects like home automation. I was reading one HN thread and there are situations where people are depending on alexa, google home for knowing about weather outside their homes. Somehow I can't relate to that vision where people are so unaware of their surroundings. While on the other hand, kids at Nayee Taleem and Bhasha Institute and many other such place are very aware of the environment, they care for it and nurture it but I am not confident if this narrative will hold on against this widespread and blinded adaption of technology. Only time will tell how all this pans out, but try we must.